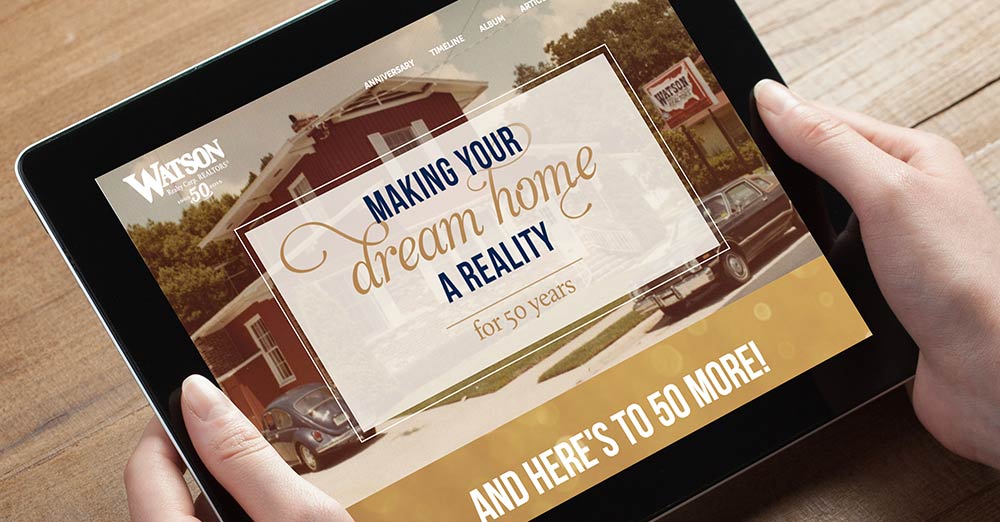 Working closely with Watson’s marketing department, Station Four was given the concept “The Golden Year” and asked to create a three-month social media strategy that could cross between social platforms and grow engagement between brokers, employees and customers. To fully realize the engagement’s potential in developing brand trust, Station Four quickly stood up a microsite at “wearewatson.com” for the 50th Anniversary and populated it with historical articles that celebrated the company’s growth and helpful articles about home-buying. The site became the cornerstone piece from which specifically developed content was scheduled and flowed out to social platforms like Facebook, Pinterest, Twitter and others.